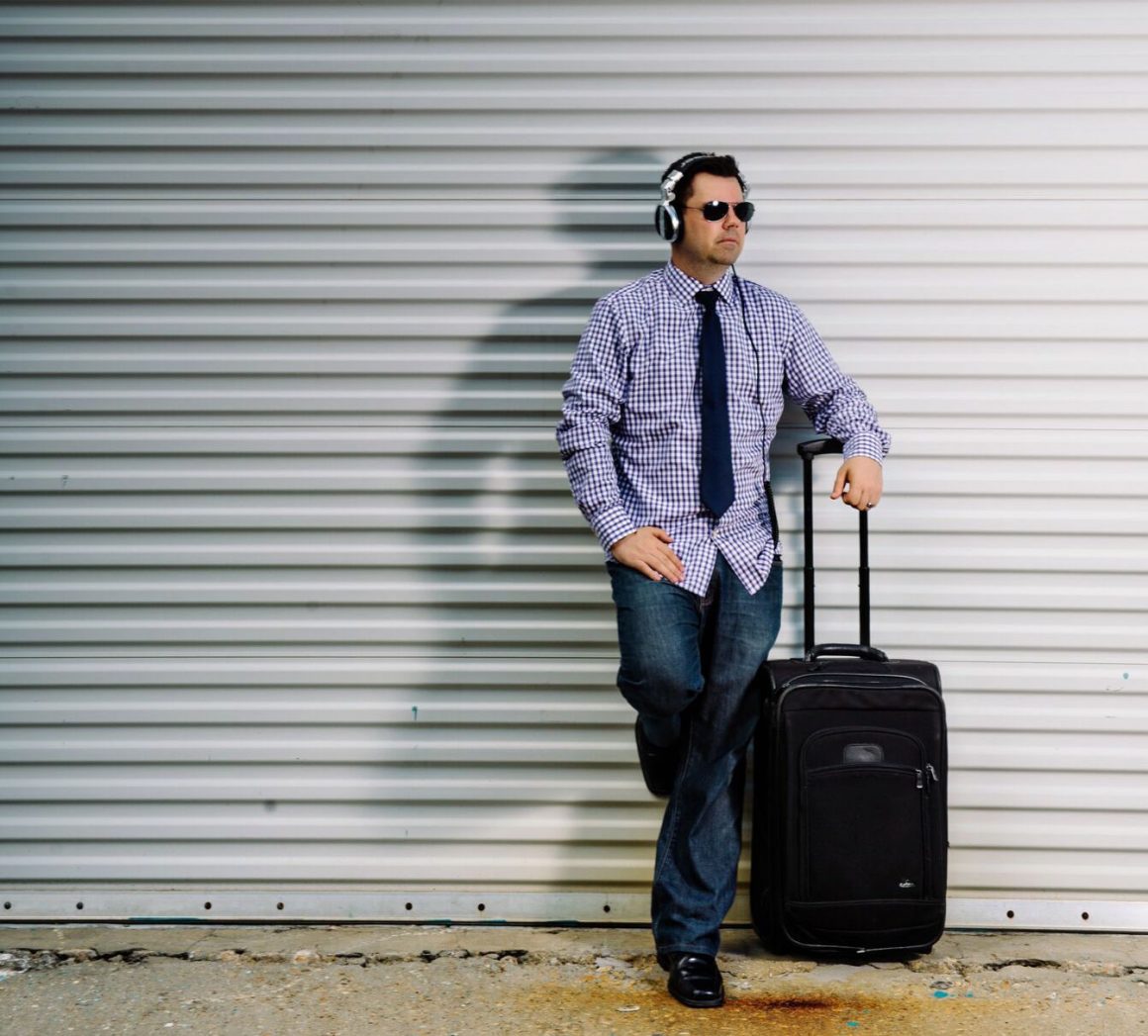 B-Boy Productions on 30a

Music isn’t just a career for Brian Buonassissi. It’s a grassroots passion stemming all the way back to his high school days playing keyboard in a disco cover band called “Afromitive Action”. Yeah, we thought it was funny too. That’s why we took an hour rather than a moment (this will come full circle later) to sit down and talk with Brian about being one of 30a Wedding Company’s A-listers. 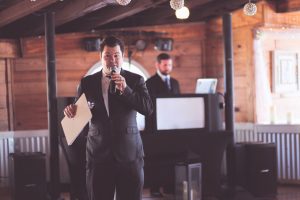 Brian Buonassissi, owner of B-Boy Productions, rocks the mic during a wedding reception.

Buonassissi is a DJ/MC and owner of B-Boy Productions, one of the premiere vendors in the Florida Panhandle for event entertainment. He cut his teeth on the Digital DJ concept making custom mix CDs and demo’ing at tradeshows and stores for Pioneer Pro DJ starting back in the late 90s/early 2000s.

“Back then it would take an entire day to burn like 5-6 CDs of my mixes,” said Buonassissi.

So when a bar patron asked him to DJ their wedding while he worked at his nightclub residency, Nightown, in Destin, Florida he jumped at the opportunity.

“I thought “Why not?” Buonassissi said. “This area hadn’t really experienced a major market private event DJ plus my club job didn’t start till midnight.” 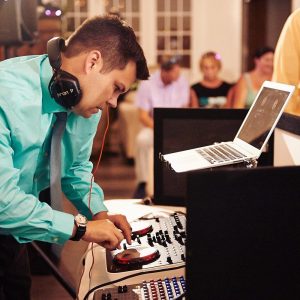 Buonassissi works as both a DJ and emcee at shows in Florida, New York, and California.

Now, celebrating 20 years in business, B-Boy Productions averages more than 400 shows a year in the Florida market alone with 10 DJs/MCs and over 30 other wedding professionals on their staff. This doesn’t include their California and New York locations. And the best part? The company does so much more than just provide a DJ. 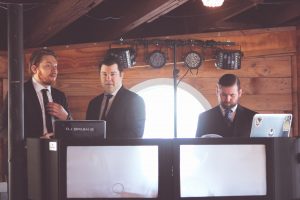 Buonassissi and two of his crew work a wedding reception in the Florida Panhandle.

In 2010, Buonassissi launched the first of 3 sister companies, B-Boy Photo Booths. Today, they have three booths (one enclosed and two open-air) all decked out with high quality props and energetic attendants. In 2012, B-Boy Rentals & Event Design was started with a focus on ceremony rentals, one he says was a safe investment because of the consistent décor elements. In 2015, he opened B-Boy Media which is made up of four photographers and give the company a way to “sell themselves” to their customers. 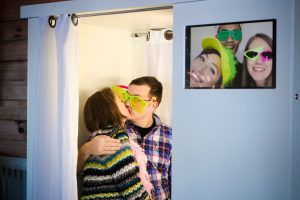 A Photo Booth available for events through B-Boy Productions.

“There’s enough pie for everybody,” said Buonassissi. “We have grown, but we are committed to our boutique approach, which we have become known for.”

Buonassissi prides himself on being an “extension of you” on your big day.

It’s a responsibility that Buonassissi says he carries like a weight taking more than an hour to talk to every single one of B-Boy’s clients to help them plan their event. (See how that came full circle?)

“I don’t want us to be known as cookie cutter music mixers,” he said. “I want to give each client a customized experience that fits them. At any one of these events we are one of 60-200 guests. We want to show them that we appreciate that honor.” 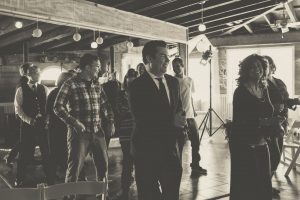 Buonassissi celebrates with the crowd at a wedding showcase.

It’s an ideal that lives up to their mantra; Event DJs that make your dreams a reality.

Maybe that’s why the words PROFESSIONAL, TRUSTED, and PERSONALIZED are a center piece on their website.

Hello everyone! My name is Corey Dobridnia and I am currently employed as the Public Information Officer at the Walton County Sheriff's Office. In a past life I was the weekend anchor for WMBB News13 in Panama City. I was a reporter during the week and covered Tyndall Air Force Base and NSA Panama City. I graduated from Embry-Riddle Aeronautical University with a Bachelor's in communication and got my Master's Degree from Florida State University - Panama City in Corporate and Public Communication. ERAU was also where I lettered in Woman's Volleyball. I'm originally a Rhody, born in Providence, Rhode Island and raised all around the Northeast until my mother moved us to Jupiter, Florida where I attended high school. I still continue to play volleyball (on the beach now) and also love to travel, hike, Crossfit, and spend time with my family. I am so excited to take on the new endeavor of blogging for 30A Wedding Co. My passion is writing and telling stories and I cannot wait to get started! 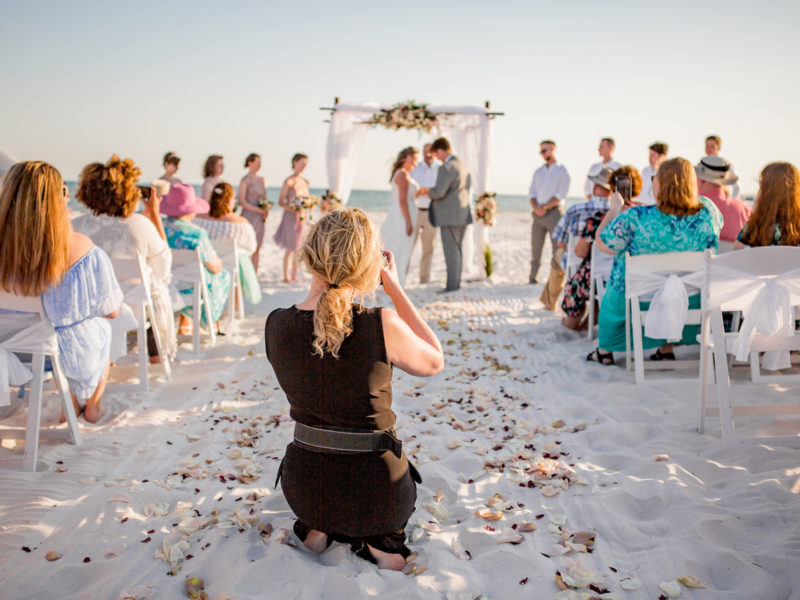 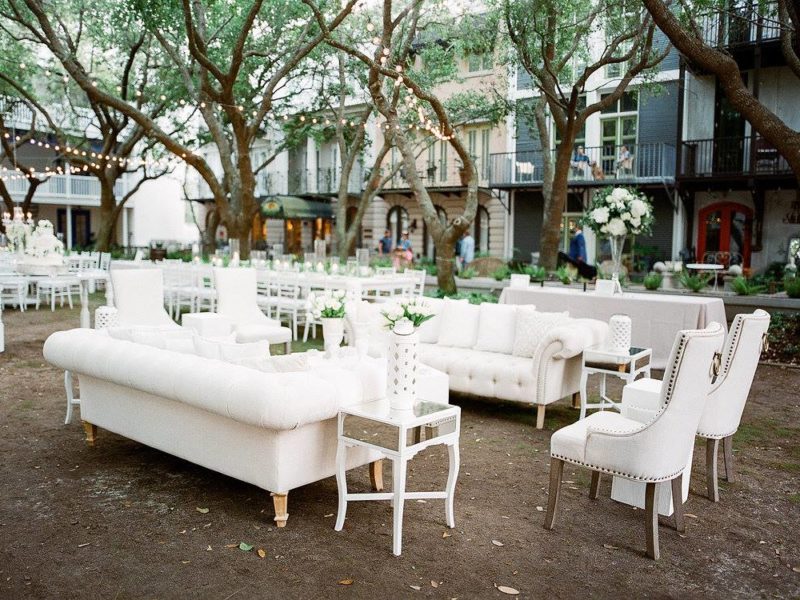 'B-Boy Productions; Elevating the Entertainment Experience' has no comments